Overview: Mites are very small arachnids, typically reaching no more than one millimeter long. There are over 30,000 varieties of mites, including ticks, spider mites, chiggers, bird mites, dust mites, bed bugs, and many others. Depending on the species, mites can live in nearly any type of environment, and they can be parasitic, damaging to crops, and/or be the carriers of deadly diseases.

Description: A mite can refer to a very expansive group of arachnids, most of which are extremely small, sometimes microscopic. Because there are over 30,000 species of mites, their appearances differ greatly in terms of size and color. Many are not visible to the naked human eye. Like other arachnids, all varieties of mites have eight legs, and they have a head and abdomen. While not all mites are easily visible, the effects of mites can be quite noticeable. Some mites live undetected in water or soil, but others live in homes, on mammals, and in crops. Some forms of mites will cause skin irritation or hair loss in humans and animals, others will cause damage to plants, and some will create respiratory problems. The majority of mites do not cause harm, but others are parasitic or destructive.

Chiggers
Chiggers are a type of mite that will attack people and animals. They are typically found living in more rural and undisturbed areas. They are very difficult to detect and usually appear as tiny red or yellow specks within dirt or on rocks. Chiggers will generally live in soil and will wait for an animal or human to pass by to latch onto the skin. Once the chigger attaches to the mammal, it does not actually feed on blood, but the actual skin itself. A chigger can feed for several days at a time if not removed. The bite area will become irritated, itchy, and sometimes swollen.

Dust Mites
Dust mites are one of the most common and are often called house mites. There can be thousands of dust mites living in a building at one time, and they are virtually invisible to people. These mites do not actively feed on or attack humans or animals. They tend to live in clothing, mattresses, pillows, and cushions. These mites feed on the dander and dead skin flakes that fall from people and their pets. The biggest concern surrounding dust mites is that their feces and mites themselves can become airborne and trigger respiratory problems, especially for those with conditions such as asthma.

Scabies
Scabies is a form of mite that will actually infest the bodies of people and animals. The mites will burrow just below the skin in order to feed and lay eggs. These infestations are typically spread through direct contact, as scabies mites cannot live more than a few days without a host. A person with scabies mites will often feel irritation and itching. Dogs with scabies infections may develop a condition called mange.

How to Get Rid of Mites:
In order to get rid of and manage mites, it is first necessary to determine what mites are present and which type of mites you have in your home. The mites described here are just a very small sampling of the thousands of species. The treatment and control methods needed to solve the problem will largely depend on the type of mites being targeted.

Bedding and Clothing
As both dust mites and parasitic mites will often live within clothing, bedding, and other linens, it is essential to wash these items at high temperatures. If the mites are suspected of causing health problems, they should be sealed in plastic bags as soon as possible until they can be thoroughly washed.

Medical Attention
If mites have caused medical problems, it is recommended that the affected individual seek the help of a doctor. While most mites are not extremely harmful to humans, some varieties can cause serious complications, especially if the person is allergic. Animals should be examined by their veterinarian to receive treatment and to have the vet check for signs of mange and other illnesses.

Eliminate Moisture
Many types of mites are attracted to buildings with high humidity. If the relative humidity of a home is kept below 50%, this will significantly reduce the mite’s ability to live in residence. Conversely, homes that are not ventilated well, and have very high relative humidity, will often see a dramatic increase in the mite population.

Vacuuming
Many types of mites, especially a house or dust mites, can be substantially reduced through regular vacuuming. Combining routine vacuuming and washing bedding and linens can nearly completely eradicate several types of mites.

Pesticides
When cleaning and maintenance are not enough, pesticides may need to be used to control mites. Small amounts of pesticide treatments can be very effective when eliminating mites, such as chiggers. Insect repellents containing very low concentrations of chemicals can be used around the perimeter of the home or in outdoor problem areas to solve the problem. Always seek guidance from professionals and follow instructions carefully when using these methods. 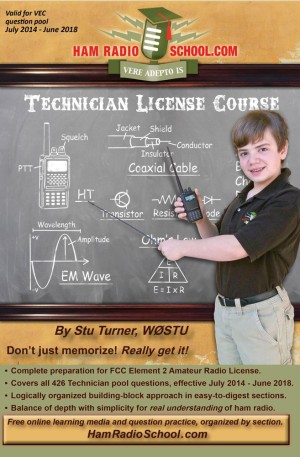